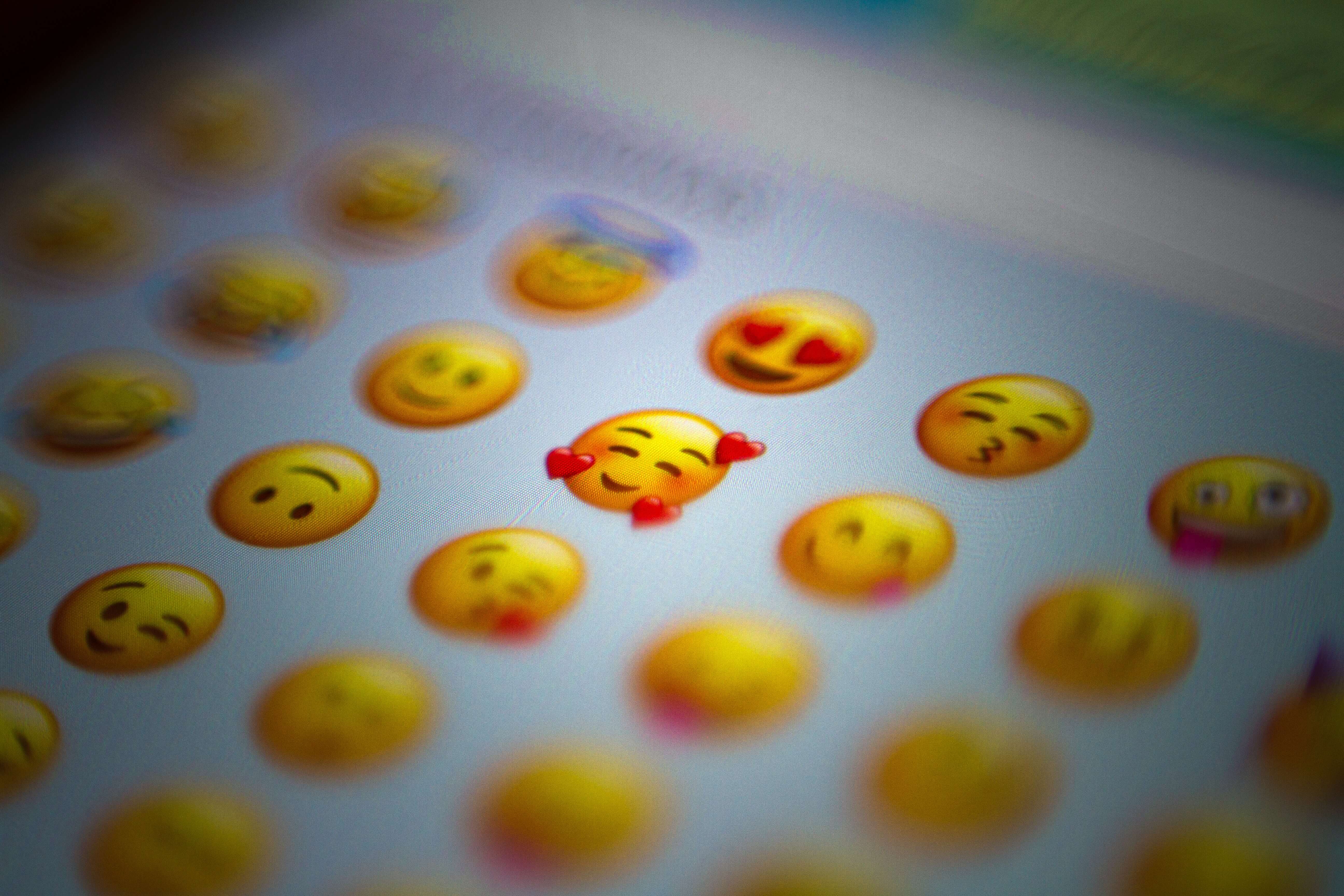 World Emoji Day: Why should you use emojis?

We all love emojis, whether you use them sparingly or scatter them across your messages. 📱 But, have you ever thought about their origin or how they can be useful for communicating?

A Brief History of Emojis 📜

Emojis, which have been termed ‘the fastest growing language in the UK’ and are used by approximately 90% of the world’s online users, have an interesting origin.

Historically there have been a number of languages using graphics and symbols, such as Ancient Egypt’s Hieroglyphics.  Modern day emojis can be traced back to the text-only emoticons, such as :), which were used in the early chatrooms of the internet and are still used today. Notably written emoticons have even been found in 19th century writing and were used to convey humour.

The first digital emoticons were the smiling 🙂 and frowning faces 🙁 which were proposed by Dr Scott Fahlman, a computer scientist and Professor Emeritus at Carnegie Mellon University. They were introduced in order to convey sarcasm, sincerity or emotion in the online bulletin boards.

The first graphic emojis were created by a Japanese artist and interface designer Shigetaka Kurita. This collection of emojis contained 176 icons, a number which has now grown to 1,800. Kurita originally developed these for ‘i-mode’ which was an early mobile internet platform in Japan. He wanted a set of clear icons that could easily convey information in a concise way.  After the popularity of his icons, in 2007 a petition for the Unicode Consortium to recognise emojis was established from a range of companies including Google. This petition was accepted in 2010 when emojis had become notably popular and since then, emojis have evolved and diversified.

How do Emojis Actually Work 👩‍💻

Emojis are based on a system maintained by Unicode Consortium by which the object of the emoji is given a numerical text code, for instance, the code for cherry blossom 🌸 is ‘U+1F338’, which companies then can add the actual image to depending on aesthetic. This is why emojis can vary by platform and company.

You might be wondering how are new emojis decided upon? Well, an impartial panel is presented to and debates whether new additions are necessary. This is a long process and it can take around 2 years for new emojis to be approved and added.

The Benefits of Using Emojis

Emojis have been termed the ‘lingua franca of the digital age’ by publications such as Wired, meaning they can act as a common language and as a bridge between people who speak different languages. On such a diverse and global platform as the internet, being able to communicate across languages and cultures is valuable. Not only can you communicate more clearly, but you can expand your reach.

In a survey by TalkTalk Mobile, 72% of 18 to 25-year-olds said they found it easier to put their feelings across in emoji icons than in text.

A number of interesting academic articles have investigated the functions and impacts of emojis. One study in the Journal of Language and Social Psychology has suggested that some ‘emojis communicate positive affect, specifically joy’ and that ‘the time and effort involved in using emojis may help maintain and enhance social relationships’.

Conveying the tone you intended a message to have can be difficult purely through text as nuance is easily lost. Sarcastic comments can easily be interpreted as serious. Without the specific facial expressions, body language and tone which is present in a face to face conversation meanings can get muddled. Emojis are a visual language and can convey necessary emotional subtext and the deeper meaning of a message and build upon the textual elements of a message.

When it comes to communicating online as a brand and not just between individuals, emojis aren’t just useful for communicating tone or emotion. They can break up large chunks of text and be used functionally as bullet pointed lists, for example.

A key benefit of using emojis in marketing is that they can make a piece of content appear more interesting, catch users’ attention and increase engagement. Emojis inject more personality into your brand’s content and create a more personal feel. One study found that on Twitter using an emoji can increase engagement by 25% and another found that using an emoji in your Facebook posts can increase shares by 33% and interactions with your post by 57%. With these impressive statistics we should all be thinking about how we can include a few more emojis here and there in our content creation.

When to avoid emojis ⛔

Though using emojis can be fun and engaging, there are some cases when they might not be so beneficial. Keep in mind the kind of brand or company you are promoting or the seriousness of the message you’re communicating. Using inappropriate emojis may be jarring or offensive to a reader and have the opposite effect of what you were intending. Likewise, be careful of possible misinterpretations which could be made from using an illustration rather than words. So, make sure to use emojis in moderation and check the meaning is suitable depending on the context.

All in all, it appears that emojis can be beneficial in a number of ways, from communicating tone to increasing engagement. 😊 So why not use a few more ⁉️

Take a look at the rest of our blog for more interesting reads from the rest of the Hey Me team.